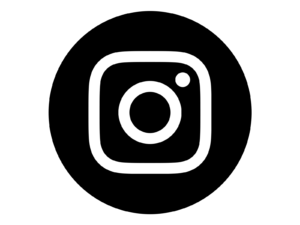 One of Canada’s three Prairie Provinces, Manitoba is the fifth most populated province, home to approximately 1.4 million people. It’s the longitudinal centre of Canada, and borders Saskatchewan on the west, Ontario to the east, Nunavut and the Hudson Bay to the north, and the states of North Dakota and Minnesota to the south. Compared to the rest of Canada, though, the population of this province is relatively underserved by its provincial cannabis market.

There are a projected 161,000 recreational cannabis users in 2021, and this number is only served by two licensed producers. For medicinal and recreational users who are left out by the lack of retailers, the online shelves of THC Collection can fill the void and provide the right products for you! Questions? Feel free to read our faq or contact us.

On top of being middle of the pack in both population and size, Manitoba also has fairly average per-capita cannabis consumption habits and prices. The culture in the province leans towards discretion, a reflection on the laws and how they rolled out.

The legalization process trickled out slowly. Manitoba’s system heavily favours corporate retailers, giving only a few chains licenses to sell recreational weed. The government said it is considering opening the retail sector to entrepreneurs down the road, but as it stands, there are fewer retail spaces than in other provinces. Many communities have opted out of selling weed entirely!

For Manitobans, the best option is to have cannabis delivered directly from an online dispensary like THC Collection. It’s convenient, simple, and quick! Your orders, whether they are for recreational or medicinal usage, will be kept private through secure, odourless, discrete, nondescript packaging.

What To Do In Manitoba

Nature is the best place to enjoy your favourite strains in Manitoba. The name Manitoba comes from three different languages: Assiniboine, Cree and Ojibwe. In Assiniboine, minnetoba means “Lake of the Prairie.” Manitou-wapow in Cree and manidoobaa in Ojibwe call the area “straits of Manitou, the Great Spirit,” referring to Lake Manitoba. Almost 50% of the province is covered in forests, and it has more than 100,000 lakes.

Manitoba has many hiking trails and lakes for locals and visitors to paddle, with many degrees of difficulty for all experience levels. Whether you’re a new or seasoned hiker, one advantage to hiking here is that you’ll never have to worry about altitude sickness – Manitoba is a relatively flat and level province!

Another gem in the province is Gimli, a rural beach town that sits on the west side of Lake Winnipeg about an hour north of Winnipeg. It’s also known as New Iceland, a label it gets from the settling of Icelandic emigrants in 1875. To commemorate this heritage, a statue of a Viking carrying an axe stands on the town’s beach shore. It’s an attractive spot for summer parties, so when the sun’s out, head down to the beach for some fun and grab some locally distilled Crown Royal Whisky. Make sure to order your weed online – Gimli is one of the towns in Manitoba that has opted out of brick-and-mortar cannabis shops.

If you’re feeling adventurous, Churchill – “The Polar Bear Capital of the World – is one place you need to see! It can take some planning to get to this remote community on Hudson’s Bay, as Churchill is only accessible by train and air, but it’s worth it. Depending on when you check it out, you could see beluga whales, the Northern Lights, or the area’s famous polar bears.

What To Know About Cannabis Consumption In Manitoba

Manitoba’s laws and attitude towards the consumption of weed are strict compared to other Canadian provinces. Use is restricted from most public places, and the province maintains the national government’s minimum age of 19 for purchase.

Most public spaces prohibit the smoking and vaping of cannabis, including parks, beaches, and many locations that otherwise allow liquor and tobacco. You can do so by eating edibles, oils and pills. To guarantee privacy, however, your safest option is to consume your products in the comfort of your home.

Get Your Review Featured Or Leave A Google Review!