In our work, we get so many new products and types of cannabis that you might think an old standard wouldn’t impress us too much. You’d be wrong, especially when the product comes to us from the Netherlands! A brand-new product called God’s Gift Premium Hash comes to THC Collection straight from Amsterdam, a blonde hash that is guaranteed to amaze you.

How Is Hash Different From Other Cannabis Products? 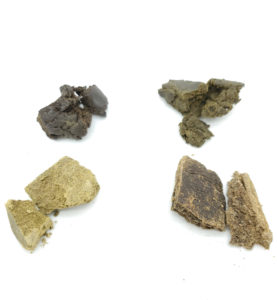 is different from a dried flower. It’s a cannabis product composed of compressed or purified preparations of stalked resin glands called trichomes. In making hash, cultivators separate the glandular hairs called trichomes and, using heat, compress them into a dense block.

It’s important to note that hash products tend to be stronger than conventional weed. Because producers make hash by pressing a ton of trichomes together, the THC levels are much higher, reaching potencies of 40, 50, or even 60%. The exact potency of the product does vary based on the cannabis strain, but users can expect God’s Gift Premium Hash to be on the higher end of the THC spectrum!

What Is God’s Gift Premium Hash? 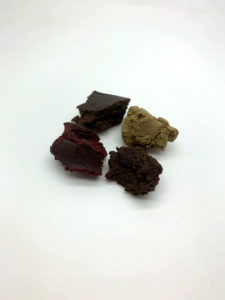 God’s Gift is an Indica strain that gained popularity in California dispensaries in 2005, winning first place for best Indica at the 2015 Bio Cannabis Cup. It’s a cross between Granddaddy Purp and OG Kush, and it has a flowering time that usually takes approximately 8-9 weeks.

This new premium blonde hash from the Netherlands is derived from God’s Gift plant. The production process gives the hash a unique sweet aroma and taste; you may note sweet caramel, a spicy funk, and a classic Amsterdam toffee and pepper when you exhale. It is a very soft blonde hash, meaning it has been pressed with high-quality dry-sift from God’s Gift bud. Dry flowers are sieved to separate the trichomes; the dry powder, which is known as kif or kief, is compressed to form hash. The appearance is a light blondish-brown colour and a soft, crumbly texture.

The effects of God’s Gift Hash are much like those that come from a joint rolled with the bud – a euphoric relaxation that can lead to sleepiness. The difference is that hash generally brings a more subtle high than weed due to the CBD level. The bud material tends to give hash a complex, rich, and spicy aroma, whether it’s smoked, vaporized, or used in edibles.

God’s Gift cannabis is a highly potent Indica; the dried flower can top out at a whopping 27% THC, so you can expect this premium hash to be very potent, too. If you’re new to hash, don’t use it in the amounts you would consume dried bud. Hash doesn’t burn too well, so combine it with some bud in a joint or crumble it over a bowl; advanced users can place it in a dab rig or vaporizer.