Sour Chem OG is a three-way cross between Sour Diesel, OG and Chemdawg. These are some heavy hitters, meaning their progeny has a lot to live up to. Luckily, this strain exceeds expectations!

Sour Chem OG has a reputation for its flavour (your lips might pucker up!) and insanely potent high. Here’s what you can expect from it, and a word of caution: it’s not for newbies!

What Is Sour Chem OG? 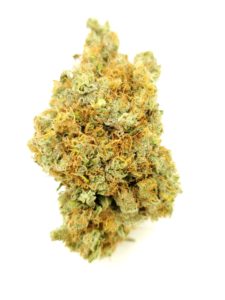 is a well-balanced cannabis hybrid, though the first breeders and exact ratio of Sativa to Indica remain unknown. What we do know is that Sour Chem OG is a very potent strain, and it has a high average THC content of 23%.

For weed connoisseurs, Sour Chem OG looks fantastic, too. The buds are oversized, shaped like spades, and a deeper, forest green with bright orange hairs and a coating of rich amber trichomes. But if you’re not so much into the aesthetics of your weed, what’s the experience of smoking Sour Chem OG?

What Does Sour Chem OG Smell And Taste Like?

When it comes to flavour and aroma, Sour Chem OG is an incredibly distinct strain. It’s well-known for its sharp, citrusy chemical flavour, with an exhale that gives off hints of spicy diesel and earthiness. When smoked, Sour Chem OG buds give off a pungent combination of diesel, chemicals, and musky aromas.

It’s a good strain for outside in your backyard: the aroma is heavy with a rich chemical and diesel overtone that fills any room with its heavy smell. It’ll linger long after you finish your session, so it’s not for subtle smoking sessions.

What Effects Does Sour Chem OG Have On The User? 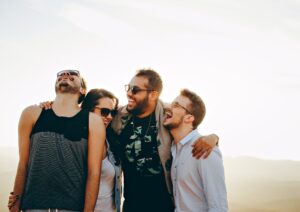 Sour Chem OG weed strain induces uplifting cerebral euphoria, improves mood, boosts energy, prompts giggles and social interactions. Most people report feeling happy and uplifted after partaking in this strain! However, don’t think that you’ll want to get anything done – thanks to its high THC levels, the effects are long-lasting, hitting both the mind and body. It may cause laziness and couch-lock, so turn on your favourite movies and TV and don’t plan on anything for the remainder of the day.

Many people who rely on medicinal cannabis turn to Sour Chem OG for its effects. It is an ideal choice for treating chronic pain, fatigue, depression, insomnia, and stress. The build-up to the high – users report feeling incredibly euphoric as they reach their peak, yet also relaxed – definitely helps.

This weed is not the best choice for beginners, and even experienced users should be mindful of the dose. If you take too much at once, you can start to feel slightly anxious instead of happy, so mind your dosage!