Marijuana has been around for centuries, and its use dates back to some of the earliest civilizations on record. The plant has a long and fascinating history, full of twists and turns that have led to its current status as one of the most controversial substances in the world. In this blog post, we will explore the history of marijuana from its earliest origins to the present day. We will take a look at how the plant has been used and perceived over time, and we will discuss the current debates surrounding marijuana legalization. So sit back and light up a joint (or whatever you prefer) as we take a trip through history!

The Early History of Marijuana 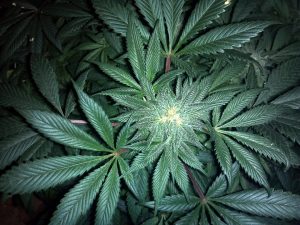 Marijuana’s earliest known use dates back to the third millennium BC in what is now modern-day China. The plant was used for a variety of purposes, including as a textile fiber and as a medicine. Marijuana was also mentioned in the ancient Hindu text, the Vedas, which were written between 1500 and 1000 BC. In the text, the plant is referred to as “sacred grass” and is said to have been used in religious ceremonies.

Between 1000 and 500 BC, marijuana began to spread throughout Asia and the Middle East. It was used for a variety of purposes, including as an intoxicant, a medicine, and a fiber for making rope and cloth. By the sixth century AD, marijuana had reached Africa, where it was used for both medicinal and ceremonial purposes.

Marijuana in the Americas

The first recorded use of marijuana in the Americas was by the Spanish conquistador Hernán Cortés, who observed its use among the Aztecs in 1520. The Aztecs used marijuana for a variety of purposes, including as an ceremonial intoxicant and as a medicine. After the Spanish conquest of the Aztec Empire, marijuana began to spread throughout the Americas. It was brought to North America by English settlers in the 1600s and was used both for its fiber and for its psychoactive properties.

Marijuana in the Modern Era

In the early 1900s, marijuana began to be demonized in the United States. This was due in part to its association with immigrants from Mexico and Asia, who were seen as a threat to white America. Marijuana was also associated with jazz musicians and African Americans, who were perceived as a danger to society. The plant became increasingly vilified, and in 1937, the US government passed the Marijuana Tax Act, which effectively criminalized its use.

In the mid-20th century, marijuana began to be used more widely in the United States for its psychoactive properties. This was due in part to the influence of countercultural movements, such as the hippies of the 1960s. Marijuana use became more mainstream in the 1970s, and by the early 21st century, a majority of Americans favoured its legalization.

The current debate over marijuana legalization is complex, and there are a variety of arguments for and against the plant’s legal status. However, one thing is clear: marijuana has come a long way from its origins in ancient China. Modern day cannabis use is very popular and becoming mainstream for its beneficial properties. Cannabis is being infused into various health care, body care, and edible treats. It is being used by various types of people and kinds of industries. Marijuana is constantly being studied for its medicinal properties as well. It has been used by people all over the world for centuries, and its story is far from over.